You need to extract the classes, fields, and methods from the scenario.
Nouns become classes or variables. Verbs become methods. 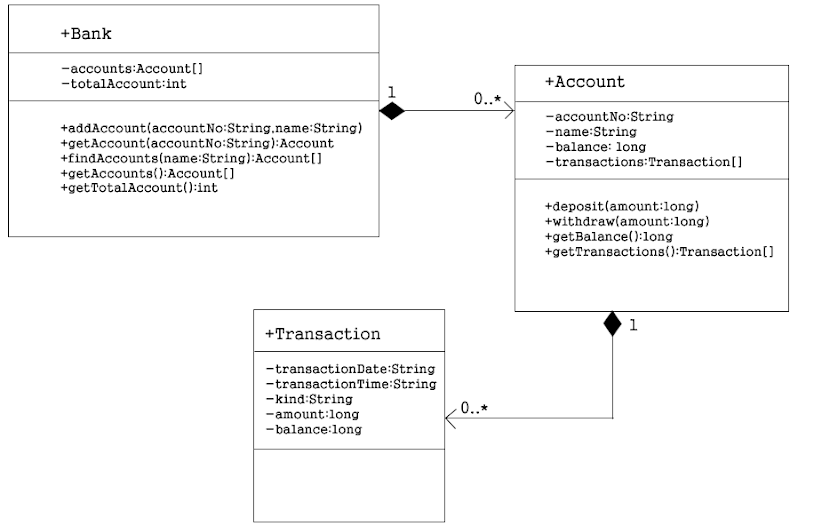 I have omitted all methods of the Transaction class and the getter and setter methods from Bank and Account.

In addition to Class Diagrams, there are Use Case Diagrams and Sequence Diagrams. Depending on the project, it may need these, but the java bank project is enough for a class diagram.

In a class diagram, private is represented simply as -, public as + and protected as #.

A class diagram represents not only the structure of a class, but also the relationship between objects and objects. When one connects the other by one line in a class diagram, two instances created from both are related.

A diamond represents a relationship in which an object has other objects as parts.

0 or * is the maximum number of instances to use as a part, meaning zero or more.

An arrow is a direction in which an object calls the methods of another one.

In Java, you can implement Composition and Aggregation by creating variables that store references to the part objects in the body object.